whereas it is the intention of the Government of Punjab to make available affordable houses to weaker section of the Society. Due to high cost of land and construction, thus affordability has been adversely affected.

And whereas there is a slow down in the real estate industry, due to economic slowdown world over, high interest rates, reduced demand etc..

And whereas in order to give a boost to the real estate sector, there is a need to redefine the various potential zones in the state of Punjab on the basis of economic and social potential of the area to make it more realistic, simpler and functional.

And whereas there is a need to promote well planned commercial establishments and to make available work places at affordable prices by reducing Licence fee/EDC etc.

Rates of EDC, CLU, PF/LF and SIF zone wise in the entire State of Punjab 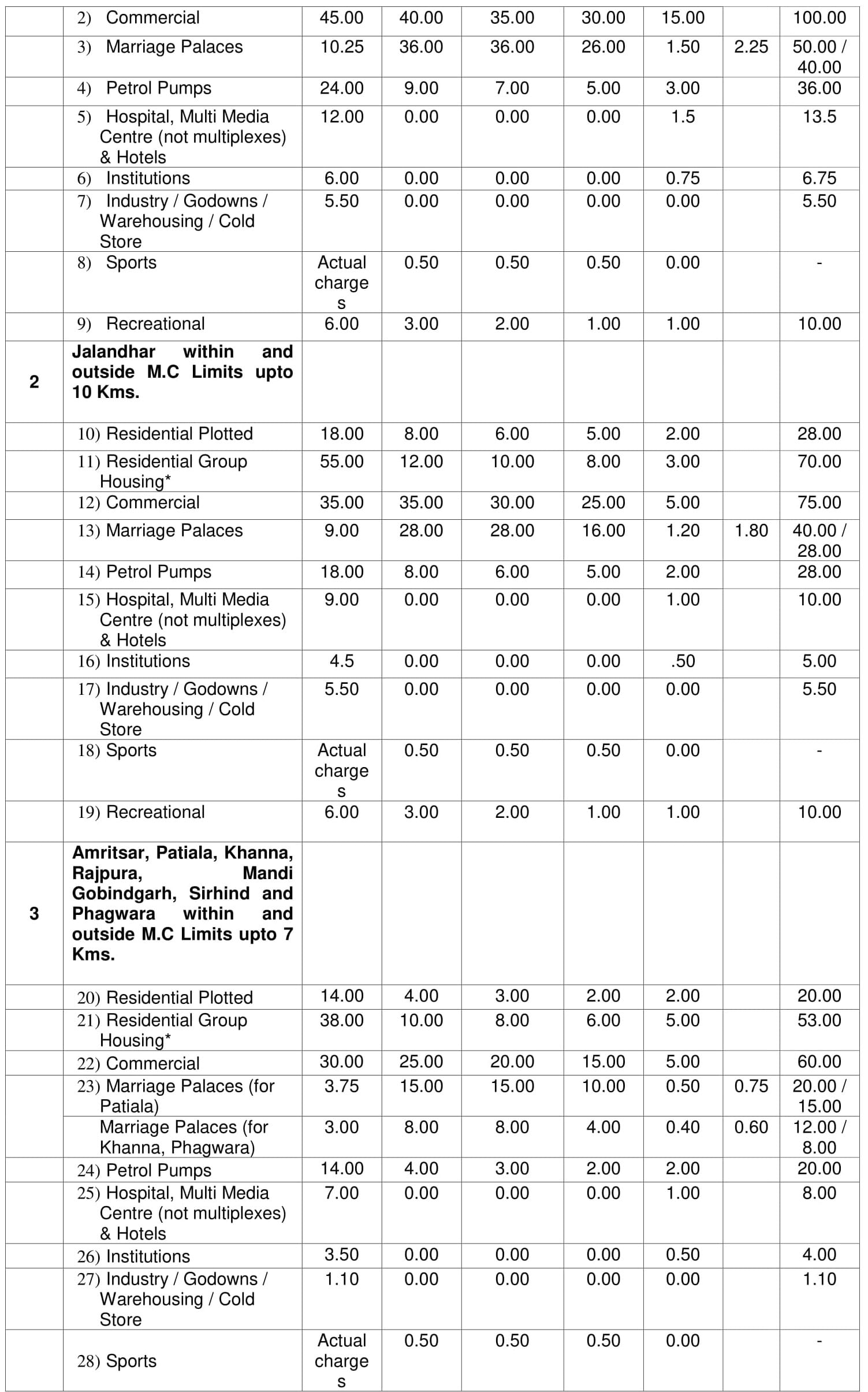 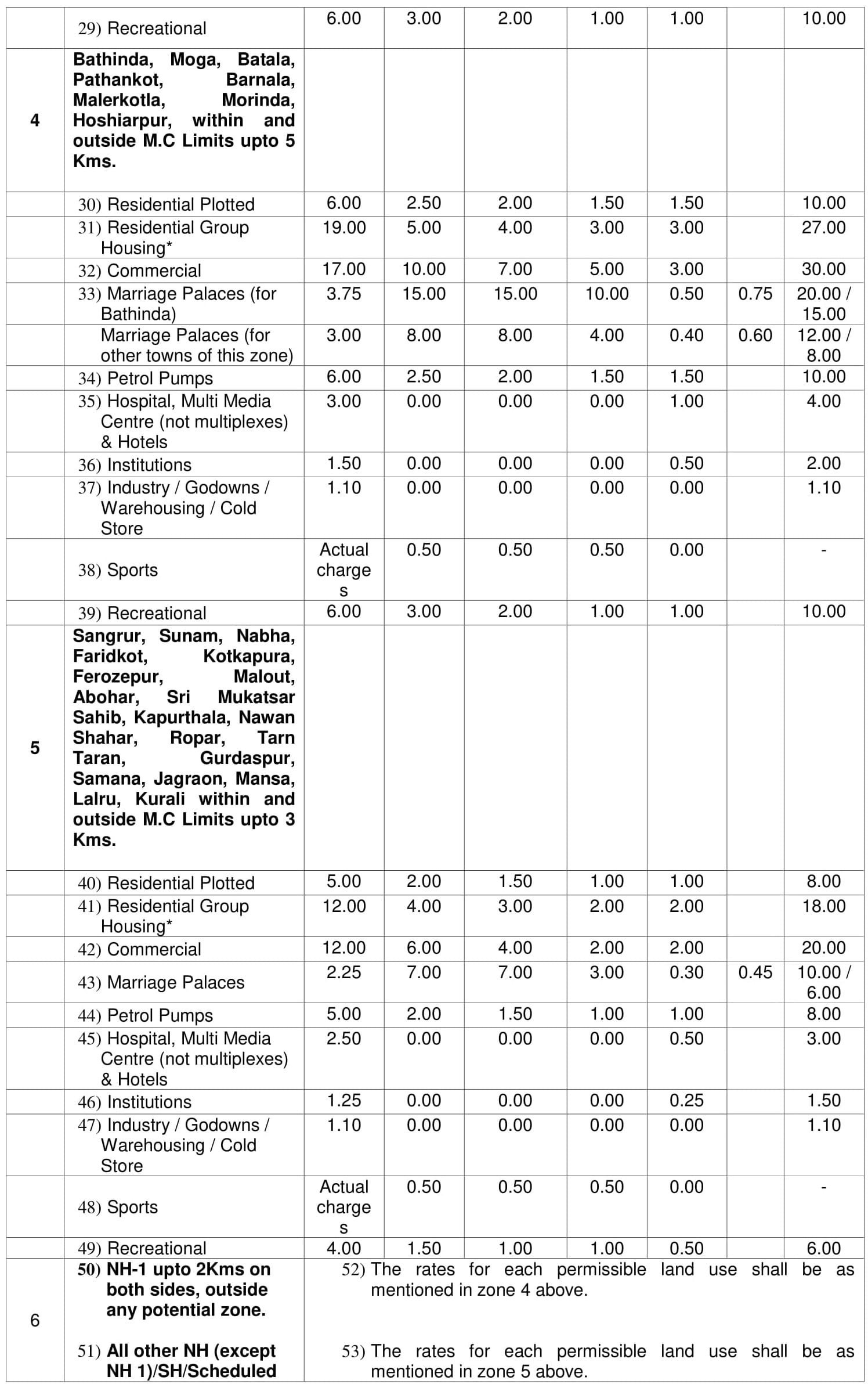 Where Master Plan has not been notified, the Group Housing shall be charged two times the rate prescribed for Residential plotted development applicable in that particular potential zone.